As part of their festival, MiRR’s crew associated with the FGO-Barbara center to do a cultural action upstream of the festival: a musical and transdisciplinary afternoon.

Three musicians, one video maker and one graffiti artist took the children into an artistic and immersive experience.

The action started with a writing workshop then the children turned their text into music. During this workshop, another group was creating graffiti mural on a canvas which was later used as a scenery on a short documentary. It’s a total roleplay for the children that took place during this concert that was the last activity of the afternoon. This action allowed the youth to learn videomaking, sound recording and how to use the tools they were given. 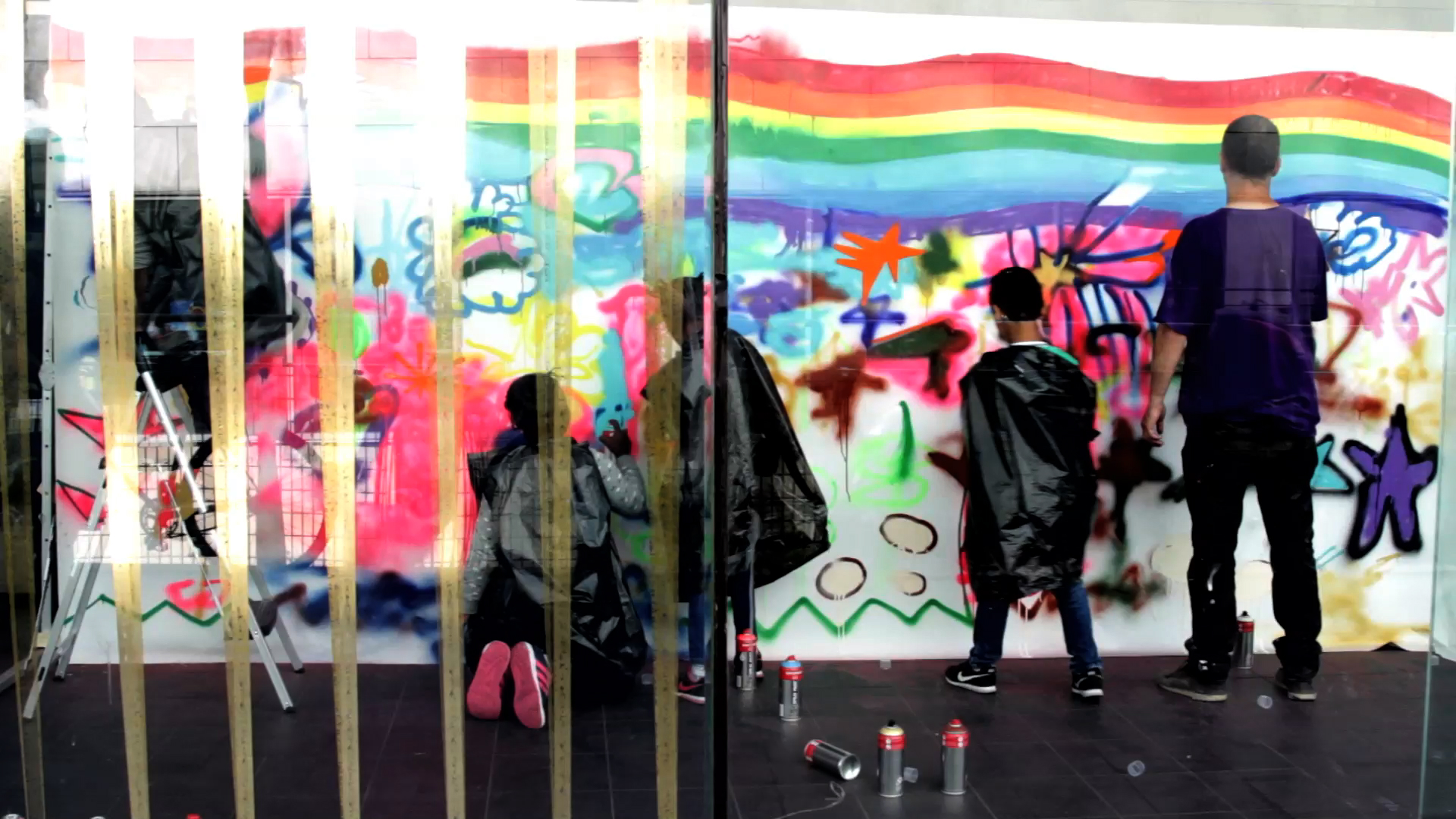